Since the last news update the Rink has held the Scottish Junior Curling Championships at the end of January, in which Team Whyte (Boys) & Team Davie (Girls) won the Title of Scottish Junior Champions 2019. They went on to represent Scotland in Liverpool, Canada in mid-Feb. Team Whyte adding a Bronze medal to the Silver that they won at Curl Aberdeen the season before.

Curl Aberdeen hosted the Aberdeen City Open at the start of February, with Team McNay winning the overall event beating Dave Edwards’ Rink in the final. Congratulations have to go out to our junior Curl Aberdeen members who played in the comp in both sections both narrowly missing out on a place in the final by an end. Well done.

Kay Gibb and her team are down in Stranraer competing in the Ladies Branch Henderson Bishop Trophy results and Scores can be found here.

Team Russia had a training camp at our club this past week, playing two local teams in preparation for the World Wheelchair Championship starting this weekend in Stirling.  Good Luck and Good Curling to them, as they look to add to their 3 world Championship wins. 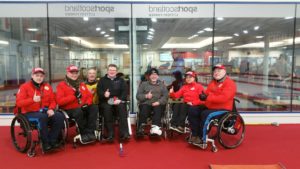 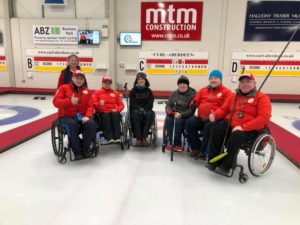