Tom is currently representing Scotland at the World’s in Switzerland. The results and Event information can be found on the website here. You can follow the team via their facebook page here.
After 5 games the boys sit 2W’s 3L’s. 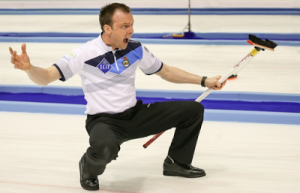 8 teams competed in the Fourmile trades bonspiel at the weekend. 2 teams tied at the top of the table after the final round of games, with Crosby Chisholm’s Granite Chips winning the Bonspiel on shots, having tied on Points and Ends with Bill Ritchie’s Agriculturists. 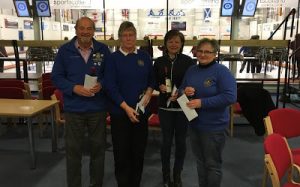 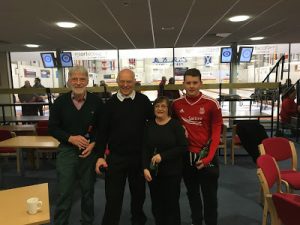