Team Wilson consisting of CA members Maggie Wilson and Rebecca Morrison, won Silver at the Scottish Women’s Curling Championship, losing the final to Eve Muirhead’s team in Perth. Congratulations to Maggie and her team. The others in the team were Jennifer Marshall (Greenacres) & Eilidh Yeats (Elgin). You can still watch the women’s final on BBC iPlayer here. 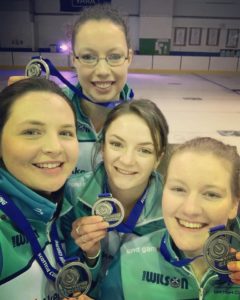 Congratulations to Team Gibb, CA members Kay Gibb and Marion Malcolm on defending their title as National Ladies Masters Champions down in Greenacres. The others in her team were Catherine Dodds & Liz Horton

Team Henderson. with a full team of CA members completing the line-up, with Barton Henderson, Ronnie Whyte, Ken Foote & Will Davidson-Gall, fought their way to the final getting out the group stages on the narrowest of margins with a better + shots than the team they finished level with having equaled ends. They came away from the weekend with a silver losing the final.

The event score lines and team lists can be found here 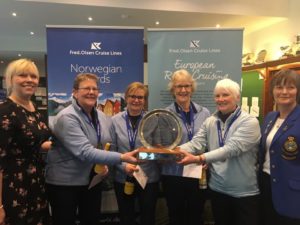 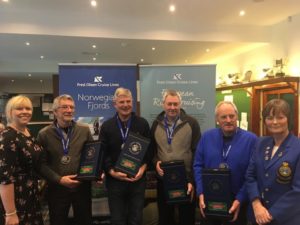