Summer’s over and the Season has started.  The first Friday of the season we held the Volunteers Bonspiel. This was to thank all the volunteers that helped during our successful World Junior Championships. They played 8 ends of curling consisting of 2 ends of normal curling, 2 ends of no speaking with music played through our audio system we have as a legacy from the World Juniors, 2 ends of no take-outs and the final 2 ends were Short Curling. After the Curling Laura and Stuart served a “small” serving of Lasagne to the volunteers. 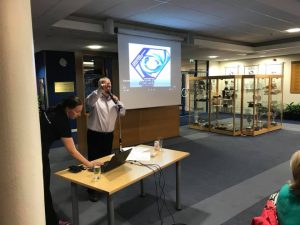 The next day Granite City Ladies celebrated 5o years of being a club. They had a dinner in the lounge of Curl Aberdeen followed by entertainment by a Glee Club which consisted of former Curl Aberdeen Chairman George Ross. 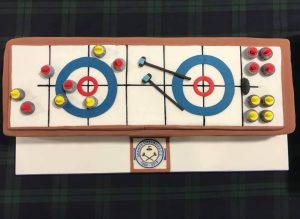 Following the dinner we hosted 16 Swiss curlers on Monday who played teams made up of local Curl Aberdeen Members. Thank you to the 16 volunteers who entertained our visitors from St Gallar Bar! 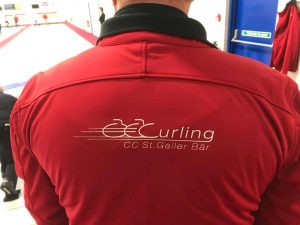 Saturday the 6th October, Curl Aberdeen hosted the 1st of the Club Bonpsiels, it was a full entry again, thanks! Winners of this event were Petroleum C.C, Team was Iain Grigor, Rhiann Macleod, Sarah Glidden and Bill Morrison. 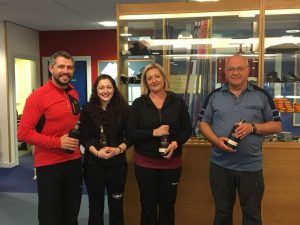