Curl Aberdeen had a busy social weekend this past Friday, Saturday, Sunday.

Friday we finally held the reunion of the Canadian Outgoing Tour (Initially was supposed to be Season 19/20). Around 40 of the tourists came together and for lunch and morning class before heading out to the ice to play their matches.  Followed on by an evening of food and drinks at the Club. 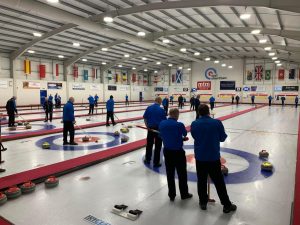 Saturday saw the Ugie Bonspiel take place where 8 teams competed in this social bonspiel organised by themselves, where a few clubs from outwith Curl Aberdeen came and played.

Sunday,  we held the Angus Robertson Memorial Bonspiel. This was a great social event where passed team mates and opponents came together to curl and remember Angus. This was followed by a meal and prize giving.  Teams included his former winning super league team, his former Aberdeen City Open winning team and many curlers from his Club, Cocktail. 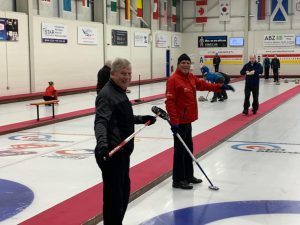 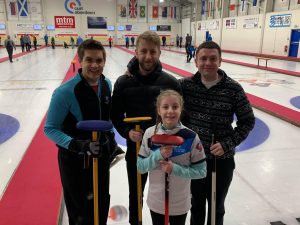 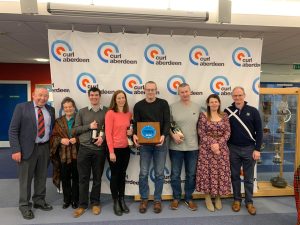